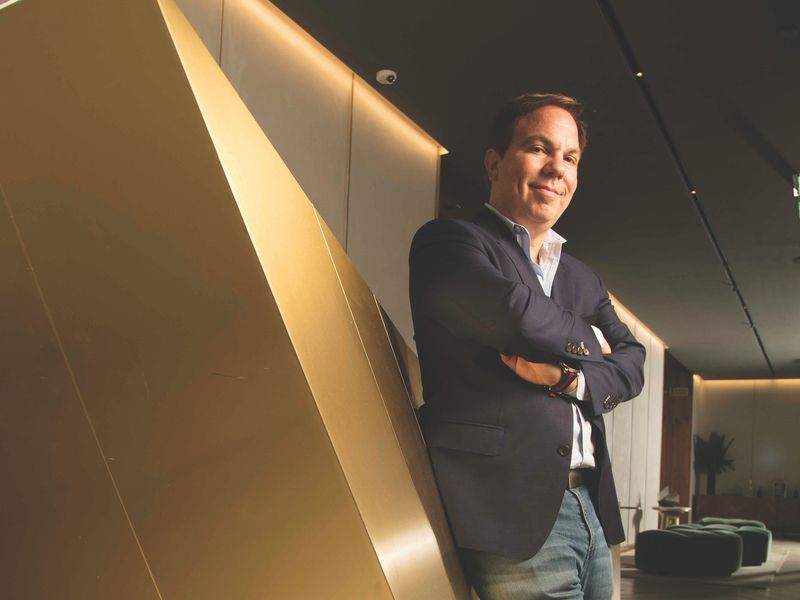 Craig Deitelzweig made his mark in real estate by buying office buildings and making them look and feel like hotels. “Why shouldn’t you feel like you’re on vacation when you’re at work?” he asks. His redevelopment of the offices at 10 Grand Central is evocative of a chic, boutique hotel with a signature scent pumping through its ducts.

Deitelzweig has done that at properties around the city, but now that tourism is in tatters and hotels sit empty and in danger of default, the chief executive of Marx Realty is looking at a new strategy: buy cheap hotels and turn them into offices.

“Anybody who is in the market today is looking for ways to make sense of it,” said Woody Heller, co-head of the capital markets division at Savills. In some cases, he said, conversions make the most sense.

At the low point earlier this year, hotels could fill only 15% of the city’s roughly 128,000 rooms, according to analytics firm STR. The number of rentable rooms has dropped by a third since then, to 85,000, now that more than 100 hotels have shuttered temporarily. The Roosevelt, the Marriott East Side, the AKA Wall Street and a consortium of Times Square hotels are among those that have closed permanently.

More than 60 others have offered their space for alternative use on a temporary basis, including the Upper West Side’s Lucerne Hotel, which is housing homeless people and is at the center of a hot debate between neighborhood residents and the city over how long the people should stay. The W Hotel in Union Square, now owned by Marriott, is housing New York University students for the fall semester.

A handful of developers are making moves to repurpose hotels permanently, including the owners of the Bryant Park Hotel, who are in talks to convert the landmarked, century-old building back to its original purpose: office space.

“A lot of hotels in their past lives were offices, so they have the bones to be converted back,” Deitelzweig said. Although hotel floor plates tend to be too small for traditional offices, they’re ideal for boutique offices like his, he said, adding that a full conversion would take only 18 months.

Hungry investors are watching for properties that are in distress.

“A lot of people are preparing themselves for the bargain basement,” said Sabena Arora-Akarte, founder of Acadia Lodging Brokers & Advisors. “They’re putting out word that they’re ready to jump.”

Deitelzweig said he is exclusively looking at properties that have been taken back by their lenders, so he can buy them from the banks at a good price. He might not have to wait long. Currently 10 hotels in the city are at least 90 days past due on their mortgage payment, according to data analytics firm Trepp. They collectively owe more than $800 million to their lenders.

One of those hotels—The Standard, High Line, in the Meatpacking District—owes $103 million. Even at the Financial District’s Holiday Inn, where rooms are half the price they are at The Standard, $87 million in loans are in arrears.

Occupancy rates have crept back up to 38% since cratering in March, according to STR, but the market won’t make any kind of meaningful rebound that will put hoteliers at ease until at least 2025, according to Vijay Dandapani, chief executive of the Hotel Association of New York City.

It’s a dynamic situation, Dandapani said, but conversions are hardly a revolutionary concept in New York. The city’s structures are often built on the presumption that they’ll have many lives before they’re eventually torn down, if ever. In times like these, he said, all a property needs is some new packaging.

At least 73 of the city’s many thousand residential buildings were once factories, schools or hospitals, though hotels were most commonly reborn as apartments, according to apartment search and analytics firm RentCafe.

The 116-year-old Prince George in Madison Square was a glamorous hotel until the 1980s, when it became a welfare hotel. After sitting barren for seven years, it was purchased by Breaking Ground, an affordable housing developer, which rehabbed it into a residence for the homeless.

“From the street level, it’s hard to absorb all the changes,” former Deputy Mayor Daniel Doctoroff wrote in Greater Than Ever: New York’s Big Comeback, his account of rebuilding the city after 9/11.

Hotel-to-apartment conversions were so hot in the city by 2015 that the controversial Local Law 50 was passed, barring Manhattan hotels with at least 150 rooms from converting more than 20% of them to other uses during a two-year period. The law expired last year.

At Breaking Ground calls came early on in the pandemic from hotel owners looking to reposition their properties, said Brenda Rosen, the group’s chief executive. She has fielded calls from RFR Realty about its Paramount Hotel and from the Chetrit Group for the Hotel Carter, both in the Times Square area.

The organization is converting 90 Sands St. in downtown Brooklyn, a former hotel it bought from RFR, into 500 units of affordable and supportive housing, Rosen said. And developer Fairstead is leading the $60 million renovation of the former Park 79 Hotel to 77 affordable units for senior citizens.

“The devil is in the details,” JLL Senior Managing Director Jeffrey Davis said, referring to stringent zoning laws that outline what types of properties may exist in various pockets of the city and the unique requirements for each type.

“You put that all in the blender and think of what can be,” Davis said. “You get a lot thinner about the actual properties that can make these changes.”

Apartment buildings require a 30-foot-long yard, for example, while hotels need only 20 feet. To qualify for multifamily housing, apartments must be a certain size and include at least a kitchenette—which isn’t common in hotel rooms, noted James Power, a land-use lawyer at Kramer Levin.

Zoning laws restrict certain building types to designated parts of the city. Apartments may not be built in most manufacturing zones, for example.

Building supportive housing is one of the easiest ways to convert hotels into useful properties, said Jessica Katz, executive director of the Citizens Housing and Planning Council. The smaller units are better for studio apartments that can be used by single, homeless adults, she said. But, she said, there are still too many rules.

“We need to take away some of the obstacles to rebalance the market,” Katz said. “If we get zoning regulations out of the way so the market can do its job, then we may find a much faster recovery.”

The flexibility to adapt existing, empty buildings would help the city leverage its strengths, said James Whelan, president of the Real Estate Board of New York. But not every property will get the green light for conversion.

And that presents a problem, Davis said. “What do you do with these hotels that can’t be used for anything else?” he said. “You have hotels that just don’t work as hotels anymore.”